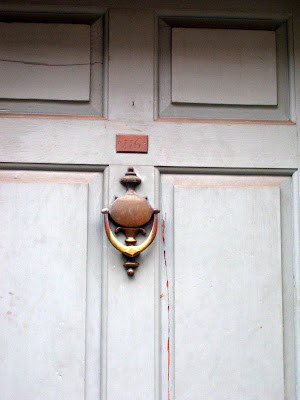 My friends and I wandered around Philadelphia’s Elfreth’s Alley on Labor Day. Elfreth’s Alley is popularly known as “our nation’s oldest residential street.” Peeking at all of the 32 buildings (I totally recommend the cell phone tours), the personality of the homes were especially conveyed through the front doors. Door style, color, numbers, knobs, mail slots, and knockers were all well considered. Just a few of these historic door knockers are included below…
Photo at top: a beautiful patina on a french blue door with worn brass
below: A bird in flight 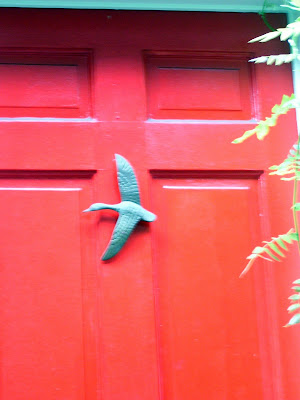 Here: The welcoming pineapple and my personal favorite, a classic- you can’t go wrong with black 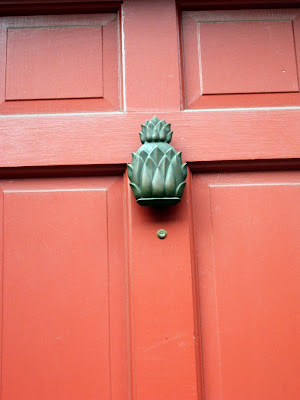 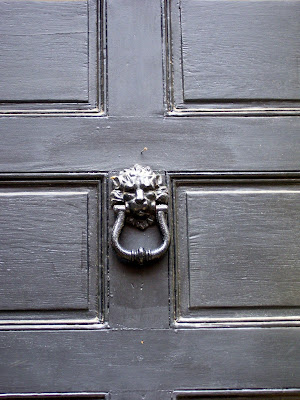 and here: polished brass & perhaps the dwelling of a seafaring gentleman? 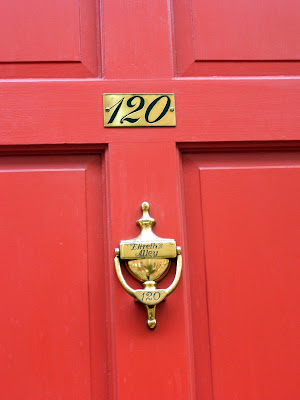 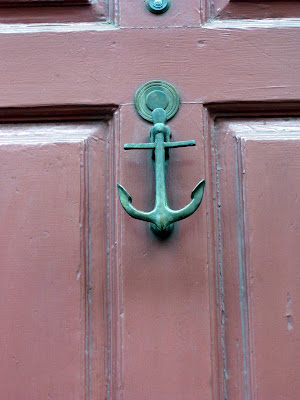 Personally, I adore modern door hardware like this find from Remodelista:
http://www.remodelista.com/products/pendulum-door-knocker
But you can be inspired for your own front door by checking out The Language of Doors by Paulo Vicente & Tom Connor. Both Judy & I own the book and it’s historical annotations are really well compiled. 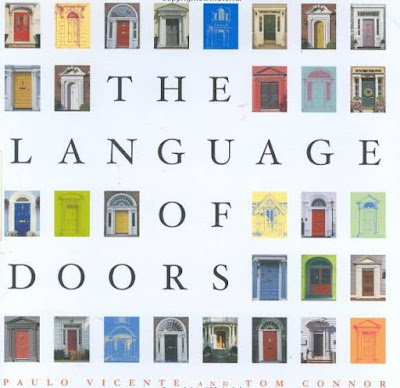